The Moray Property lies within a portion of the Abitibi greenstone belt, which has long been central to understanding greenstone belt mineral deposits.  The Cadillac Larder-Lake Fault Zone (“CLFZ”) is one of two major “breaks” in the Southern Abitibi greenstone belt, the other being the Destor-Porcupine Fault Zone (“DPFZ”).  Gold mineralization at Moray is thought to exist in a major splay off of the CLFZ.  Several producing and past-producing gold, volcanogenic massive sulfide (“VMS”) and nickel mines are located within a 100 km radius of the Moray Property. 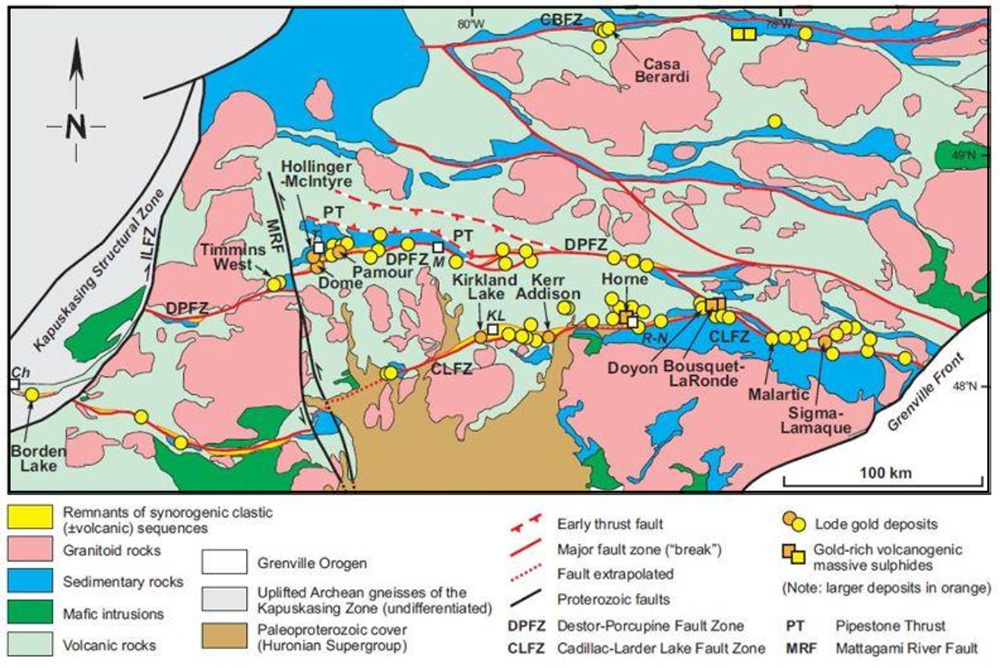 Geologic Map of the Southern and Central Abitibi Greenstone

The Moray Property is underlain by Archean volcanic tectono-stratigraphy flanking the eastern and northern flanks of the Bartlett Dome and Halliday Dome, respectfully.  Major lithologies include basaltic flows and pillow lavas with intermediate andesite to rhyolite and various forms of breccias and tuffs. Diabase dykes and north to northwest trending faults cut the lithologic units. 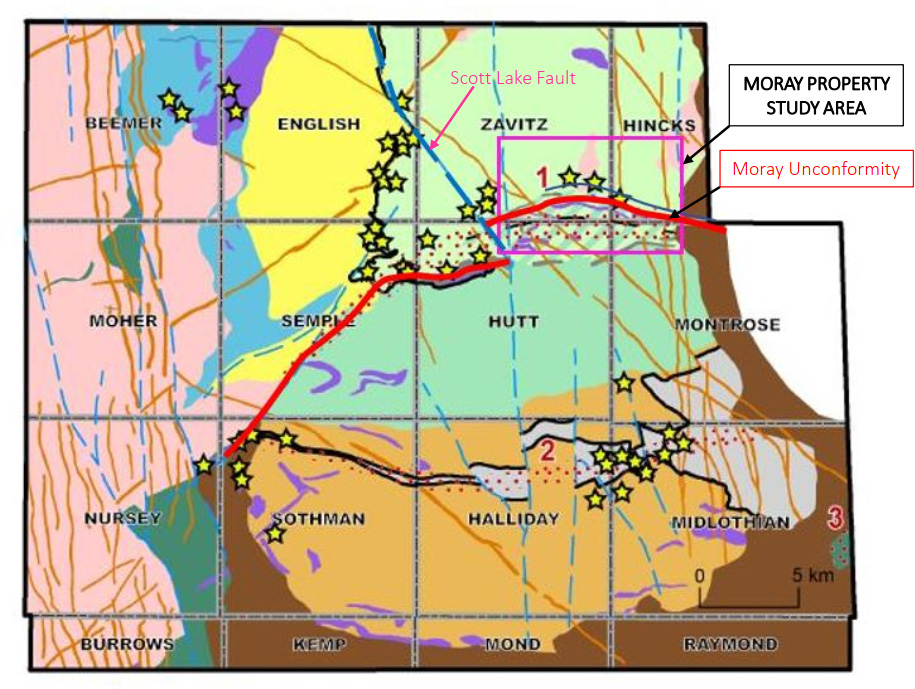 There are 13 showings recognized in the Ontario Mineral Deposit Inventory on the property.

The Fiset gold and silver Showing, discovered by H.G. Robinson in 1938, consists of stringers in sheared, highly altered, mafic metavolcanics and silicified syenite and up to 1% gold-bearing quartz veinlets measuring 5 to 50 cm in width.  Most of the gold mineralization is associated with syenite intrusive rock, similar to the geological and structural setting hosting the Young-Davidson deposit.  Historic exploration reports that Noranda removed a selected 75 lb. sample from the gold occurrence near the western end of the syenite stock which returned an assay of 23.44 g/t Au, 121.88 g/t Ag and 0.45% Pb.  Work carried out in 1999 by Claim Lake Resources Inc., depicts the syenite stock extending to the West.  A similarity can be noted between the Fiset gold showing hosted within a syenite stock and the Young-Davidson Mine where disseminated gold and silver mineralization located within, and close to, a syenite porphyry intrusion is mined underground and by open pit for disseminated gold.