Toronto, Ontario – New Break Resources Ltd. (“New Break” or the “Company”) is pleased to provide an exploration update at its 100% owned Moray Gold Project (“Moray” or the “Moray Project”) located approximately 49 km south of Timmins, Ontario and 32 km northwest of the Young-Davidson Gold Mine operated by Alamos Gold Inc. (TSX: AGI). Ongoing VLF surveys and fieldwork has characterized the known occurrences and extended targets. A detailed drone magnetic survey has been contracted and drilling is being planned for the first quarter of 2022.

William Love, Vice President, Exploration of New Break noted, “I am very pleased with the results that we’ve been able to generate thus far, during the 2021 field season at Moray. Recently completed VLF surveys appear to map several of the gold zones and new conductors have been identified. Further VLF and drone magnetic surveys are planned this fall. Exciting new targets that have never been drilled are emerging.”

Gold mineralization at the Moray Property occurs in a major splay interpreted off of the Cadillac Larder-Lake Fault Zone and includes the Fiset gold and silver showing (“Fiset Showing”) and the Voyager gold and copper showing (“Voyager Showing”).

The Fiset Showing consists of stringers in sheared, highly altered, mafic metavolcanics and silicified syenite and up to 1% gold-bearing quartz veinlets measuring 5 to 50 cm in width. Most of the gold mineralization is associated with syenite intrusive rock, similar to the geological and structural setting hosting the nearby Young-Davidson gold deposit. Historical exploration reports that Noranda Exploration Co. Ltd. (“Noranda”) removed a selected 75 lb. sample from the gold occurrence near the western end of the syenite stock which returned an assay of 23.44 grams per tonne gold (“g/t Au”), 121.88 grams per tonne silver (“g/t Ag”) and 0.45% Pb.

The most recent historical exploration work on the Moray property was completed in 2012 by SGX Resources Inc. (“SGX”) (now 55 North Mining Inc. - CSE: FFF). SGX performed prospecting and trenching programs during the summer of 2012, completed an induced polarisation (“IP”) survey, over a cut grid in November 2012 and completed a 776-metre diamond drilling program in five drill holes in December 2012. Two of these were collared west of the Fiset Showing in the main syenite intrusive, while the other three were drilled in the vicinity of the Voyager Showing.

In August 2021, New Break contracted Shaun Parent, P.Geo., of Superior Exploration Co. (“Superior Exploration”) to complete a VLF (Very Low Frequency) ground geophysical survey encompassing the Voyager and Fiset grid areas of the Moray Project.  Field work completed by New Break had concluded that the grid cut by SGX was still in excellent condition, allowing the VLF survey to be run over the historic grid. The purpose of the survey was to:

Before the end of the 2021 field season, it is expected that Superior Exploration will conduct further VLF survey and ground truthing on additional target areas as follows:

New Break has contracted with Pioneer Exploration Consultants Ltd. (“Pioneer Exploration”) to conduct a Drone-MAG survey of the Moray property.  The drone provides a low altitude aeromagnetic survey, producing high resolution data at regular intervals at a fraction of the cost of ground magnetics. The survey will include 386 line-km of flight lines encompassing the entire 1,856-hectare Moray property at a 50-metre spacing. The VLF and IP grids will be duplicated at the same line orientation with the drone magnetometer. The Drone-MAG and VLF anomalies can then be correlated to define potential lithological contacts across the property.  The Drone-MAG results are expected to prove invaluable in contrasting the high magnetic signature of the unmineralized syenite with the low magnetic signature of the mineralized syenite. New Break expects the Drone-MAG survey to be completed in early October 2021.

Effective September 3, 2021, the Ontario Ministry of Northern Development, Mines, Natural Resources and Forestry (“MNDMNRF”) acknowledged receipt of New Break’s exploration permit application for the Moray Project. As part of the permitting process, New Break is currently engaged in consultation discussions with the Mattagami and Matachewan First Nations. The Company expects to be able to refine its drill targets following the compilation and interpretation of the results of the VLF and Drone-MAG surveys and is hopeful that it will be able to initiate a drilling program on the Moray Project in the first quarter of 2022.

Peter Hubacheck, P.Geo., consulting geologist to New Break, and a Qualified Person as defined by National Instrument 43-101, has reviewed and approved the technical disclosure in this news release.

New Break is a private Canadian mineral exploration and development company with a dual vision for value creation. In northern Ontario, New Break is focused on acquiring highly prospective gold projects in well-established mining camps, within proximity to existing infrastructure, while at the same time, through our prospective land holdings in Nunavut, we provide our shareholders with significant exposure to the vast potential for exploration success in one of the most up and coming regions in Canada for gold exploration and production. These complimentary visions are supported by a highly experienced team of mining professionals committed to placing a premium on Environmental, Social and Corporate Governance, respecting the values and interests of all our stakeholders. 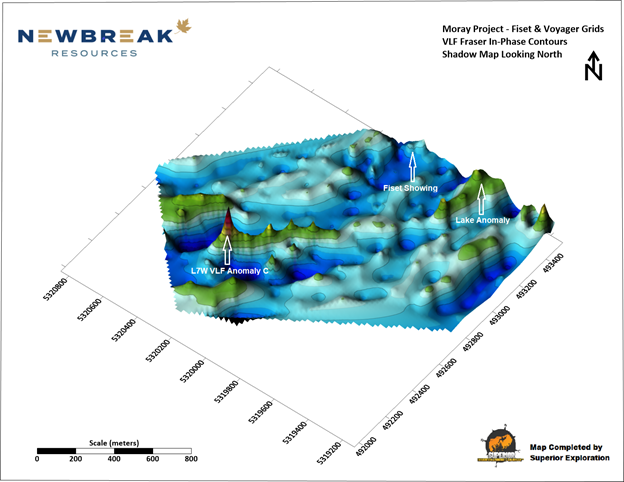 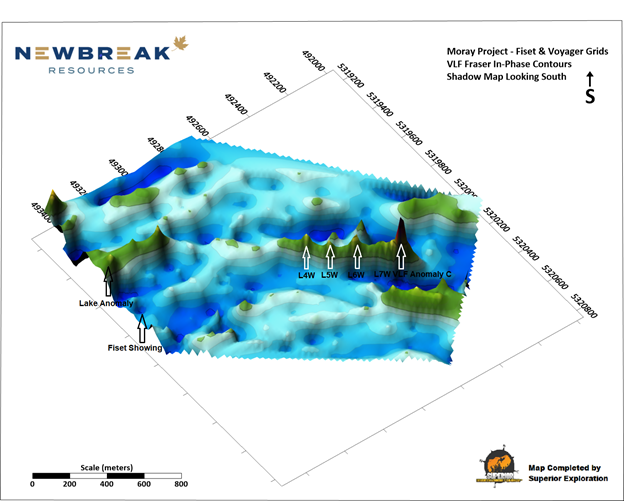